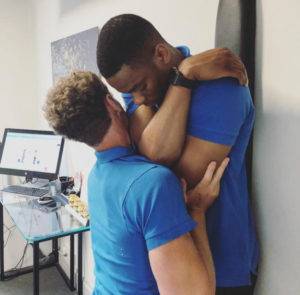 Although widely practised overseas, Advanced Biostructural Correction (ABC)™ is a method of spinal manipulation that is relatively new to the UK.

Rather than use the traditional high velocity, short lever adjustements, ABC™ instead uses slower, longer lever manipulations to correct bone alignement. Most of the procedures are carried out with you (the patient) in the standing position rather than lying on your back or side.

What do sessions of ABC involve? 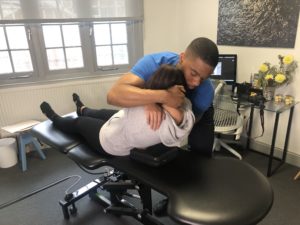 Over time the body can accumulate structural misalignments that it needs help with correcting. The focus of your ABC™ practitioner is to adjust your body in only those areas where it cannot correct itself. They will do this by examining your spine, and narrowing down the precise points in your body where mechanical stress is taking place. Comfortable ABC™ adjustment techniques are then used to release it.

It’s possible you may re-experience some mild symptoms as part of what’s known as the “unwinding process” which is related to previous injuries or physical conditions. This is a temporary state and part of unlocking and erasing the old injuries that your body has experienced (misalignments). The technical term for these old injuries is ‘compensations’. These are old areas of injury that your body could not initially heal and so it ‘worked around’ them instead. A bit like painting over rust. As your body progresses through structural correction, it is likely that these old ‘compensations’ will be re-lived for a short time as they are re-exposed and finally corrected. With ABC it is a good sign when you relive some symptoms from your past because now you can truly heal.

How does it work? 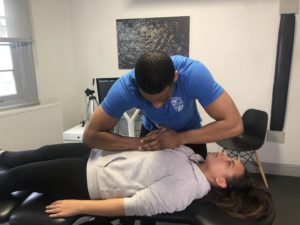 Everybody, including the fittest and healthiest amongst us, accumulates injuries and physical imbalances as we progress through the pressure cooker known as life. Just look at the average middle-aged person’s posture – even someone untrained in biomechanics can usually see that it is ‘off’ or ‘poor’.

Whilst it is true that your body has a range of corrective and protective mechanisms built into it, over time it can accrue gradual misalignment and tension.

The aim of an ABC™ practitioner is to “unwind” your body back through these problem areas and “unlock” each area of tension and injury until it’s completely erased.

They do this by only correcting (adjusting) the bones which go out of place in directions which the body cannot self-correct (because it doesn’t have any muscles or combination of muscles that can do so). This discovery by Dr Jesse Jukowitz (the creator of the ABC technique) is arguably one of the important advancements in the field of structural healthcare over last 30 years. 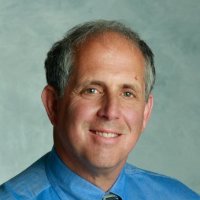 What are the possible outcomes?

A successful outcome when using the ABC™ technique may be alleviation of pain as well as improved posture. There are many other reported benefits from restoring posture and your ABC™ Practitioner will discuss what sort of improvements you can expect to experience on your initial consultation and report of findings. You can find a number of amazing success stories from patients who have been through a program of ABC™ corrective care here.

“Please note that there is currently no high-quality medical research to prove the outcomes that ABC™ practitioners claim are possible. Results may vary from person to person as lifestyle and genetic factors may affect the clinical response. Your case is always considered after a thorough consultation and examination to determine if you may or may not be a good candidate for ABC™ used as part of a comprehensive approach to the treatment of your condition, only once a diagnosis is reached.” – Richard Gliddon – Founder, SpineCentral